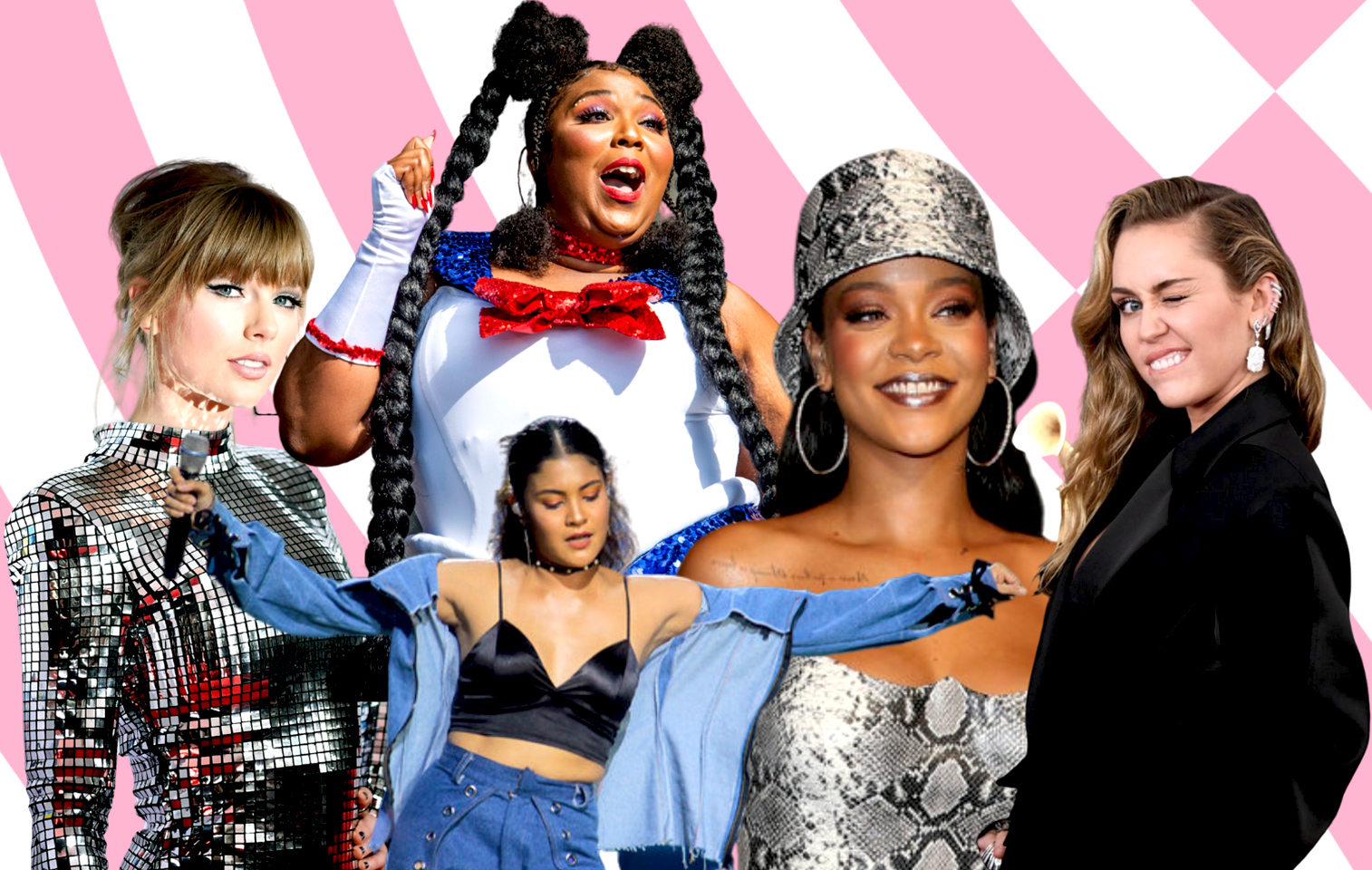 There is no doubt that 2019 was Lizzo’s year. With her songs consistently topping the charts, and being named TIME Entertainer of the Year, you’d have to have been living under a rock to have not felt her impact. Her success can be linked to her unfaltering self-love and demand for respect, both on and off the stage, and her encouragement of others to do the same.

This message translates in her music, namely her smash hit “Truth Hurts,” in which she preaches self-love and choosing yourself over a man. In the spirit of Lizzo, we’ve compiled a list of songs that radiate similar energy.

Now I ain’t trippin’, I, I ain’t twisted

“Truth Hurts” is all about coming to terms with the fact that you’ve been screwed over, and how in the end his loss is waaay bigger than yours. In “Breakin’ Dishes”, Rih owns the anger she feels in the aftermath of a breakup and allows it to empower her to get over the guy. It’s the perfect song to put on when you’re too angry to do anything productive, and are feeling extra petty. Just make sure the dishes are safely locked in the cupboard before you hit Play.

I got a lot of nasty things, blowing up in my head

But none of them are worth my time

You’re not even worth this rhyme

Sometimes nothing says “I’m over you” quite like well-directed profanity. A song from her iconic Bangerz era, Miley’s “FU” is the ultimate diss to a cheating lover. The real power though comes from the message that he’s not even “worth this rhyme.” In fact, he’s not even worth spelling out the two words in the title. Miley is DONE. Mic drop. Goodbye. If you’re getting over someone yourself, belting the lyrics at the top of your lungs is guaranteed to make you feel just a little bit better.

“I Can Do Better” by Avril Lavigne

I don’t have to try

To make you realise

Anything I wanna do, anything I’m gonna do

Anything I wanna do I do

And I don’t have to try

A massive throwback from the queen of pop-punk, Avril Lavigne preaches putting yourself first in “I Can Do Better.” In the song’s chorus, Avril sings that she will always be effortlessly and fiercely independent: Anything she wants to do she will do, whether you like it or not. Fed up of being controlled by others, she practically screams “I don’t care what you’re saying, I don’t care what you’re thinking.” If you ever need a reminder that you’re a strong, independent woman, put this song on. Most effective as therapy if played at full volume.

“Does She Know” by Kiana Valenciano feat. Curtismith

Don’t go thinking you still got a hold on me

Stay out of my head, don’t think you understand

This song talks about how exes inevitably come back, and karma is REAL. In this movie-like scenario, Kiana’s ex has started calling her up again, despite now being with someone else. However, Kiana knows better, and recognises all the games he played when he was with her. She no longer gives a d*mn about him, and in a massive power move that would make Lizzo proud, Kiana tells her ex he’s “lucky that I’m choosing to behave.” The perfect song to play when you’ve got an ex who just keeps crawling back.

Wave it in his face, tell him, boy, bye

Out of the absolute madness that was the Jay Z and Beyoncé affair scandal, came the iconic Lemonade album. “Sorry” was an immediate favourite, radiating girl boss energy. Her man has wronged her, and the Queen is ready to move on. #SorryNotSorry but Beyoncé’s not thinking ’bout you, boo. Play this song when you’re ready to raise a middle finger to your ex and a toast to a new life, too.

Been through some bad s*it, I should be a sad b*tch

Who woulda thought it’d turn me to a savage?

After her split from Pete Davidson, and the iconic “thank u, next” music video, Grande continued her reign as girl-power pop queen with “7 Rings.” Turning her sadness into strength, she calls herself a self-proclaimed “savage” who’s loving the single life and—using the chorus of the song as a battle cry—tells the world that she doesn’t need a man to get whatever she wants. She can get them herself, TYVM. And frankly, so can you.

So you say I’m complicated

That I must be outta my mind

But you’ve had me underrated

What’s wrong with being confident?

Lizzo oozes self-confidence in “Truth Hurts”—no matter what she’s been through, she knows she deserves nothing but the utmost respect from others. Demi Lovato gives off a similar vibe in her song “Confident”. No matter what the haters say, she knows she’s a queen, and has no reservations about OWNING it. If you’re ever doubting your self-worth, put this on to remind yourself that you’re the boss and, like Demi and Lizzo, you run this show.

“Don’t Call Me Up” by Mabel

Don’t call me up

Don’t wanna talk about us

Gotta leave it behind

We’ve all been there: As soon as you’ve finally moved on from your ex, he decides to suddenly reach out to you again. Mabel provides the perfect response for this scenario, with “Don’t Call Me Up.” Just like how Lizzo is thriving after her breakup, Mabel is trying to do the same. She offers the response we all wish we’re strong enough to give when an ex calls. Now you know what to say, don’t let Lizzo and Mabel down.

“I Forgot that You Existed” by Taylor Swift

And I thought that it would kill me, but it didn’t

And it was so nice

So peaceful and quiet

Taylor Swift’s “I Forgot that You Existed” proves that you can serve an ex a well-deserved diss with a poppy and fizzy tune just as effectively as an angry breakup anthem. Singing about the blessed indifference that comes after the post-breakup anger has subsided, it’s the song to sing to yourself when you’re finally, completely over your toxic ex. Because Taylor knows that even if you never get around to forgiving, in time you WILL end up forgetting.

“Good as Hell” by Lizzo

If he don’t love you anymore

Just walk your fine a** out the door

I do my hair toss

Baby, how you feelin’?

If you love “Truth Hurts” by Lizzo, there’s a good chance you’ll love her other stuff, too. “Good as Hell” is all about self-empowerment after a breakup. Rather than focusing on all the pain, you have to pick yourself up and remember what a boss you are. In true Lizzo fashion, she makes you feel like she’s your best friend, offering the advice you never knew you needed. The perfect pick-me-up if you’re feeling down, “Good as Hell” is infectiously joyous and will have you up dancing before you know it. 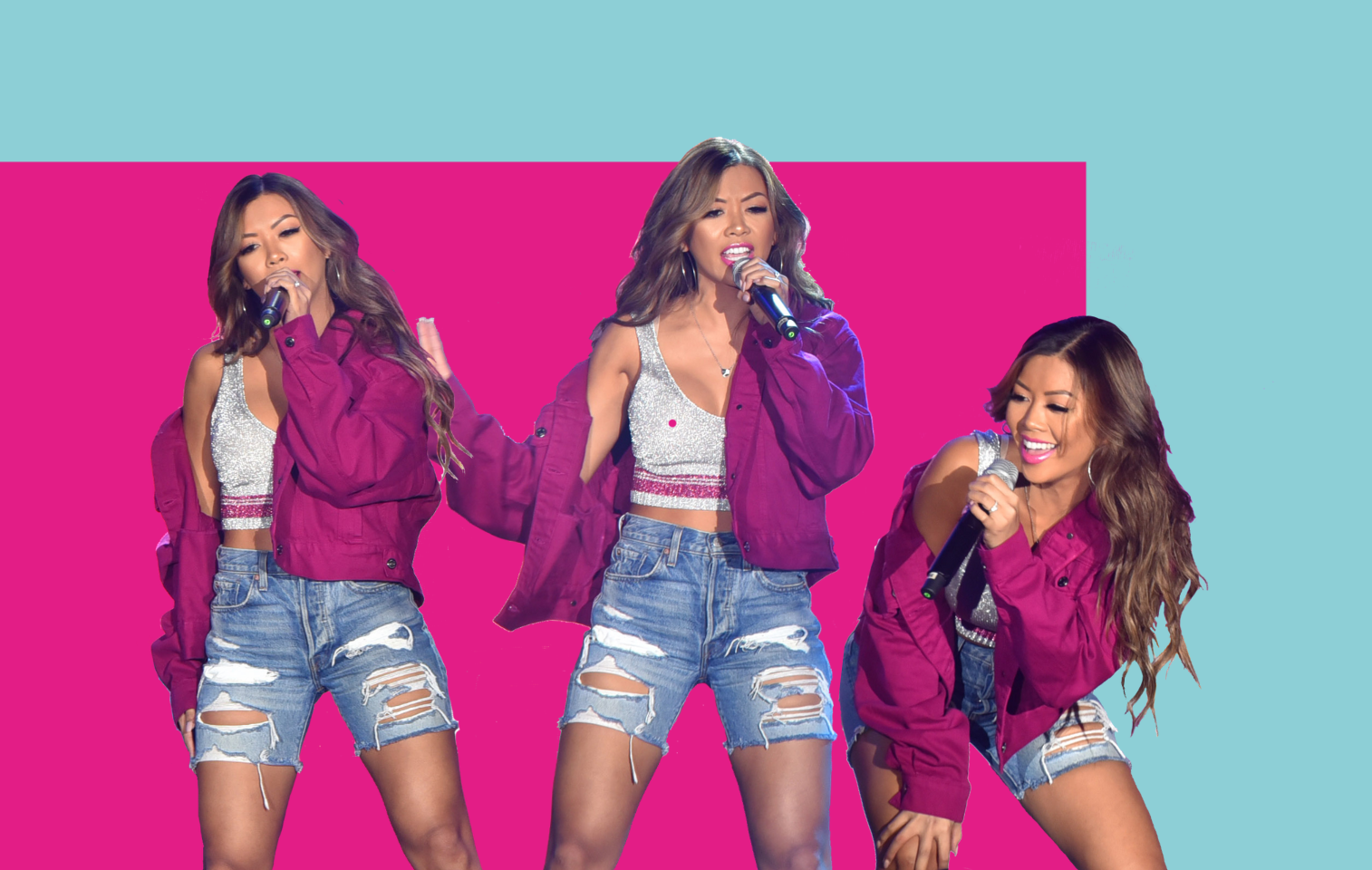 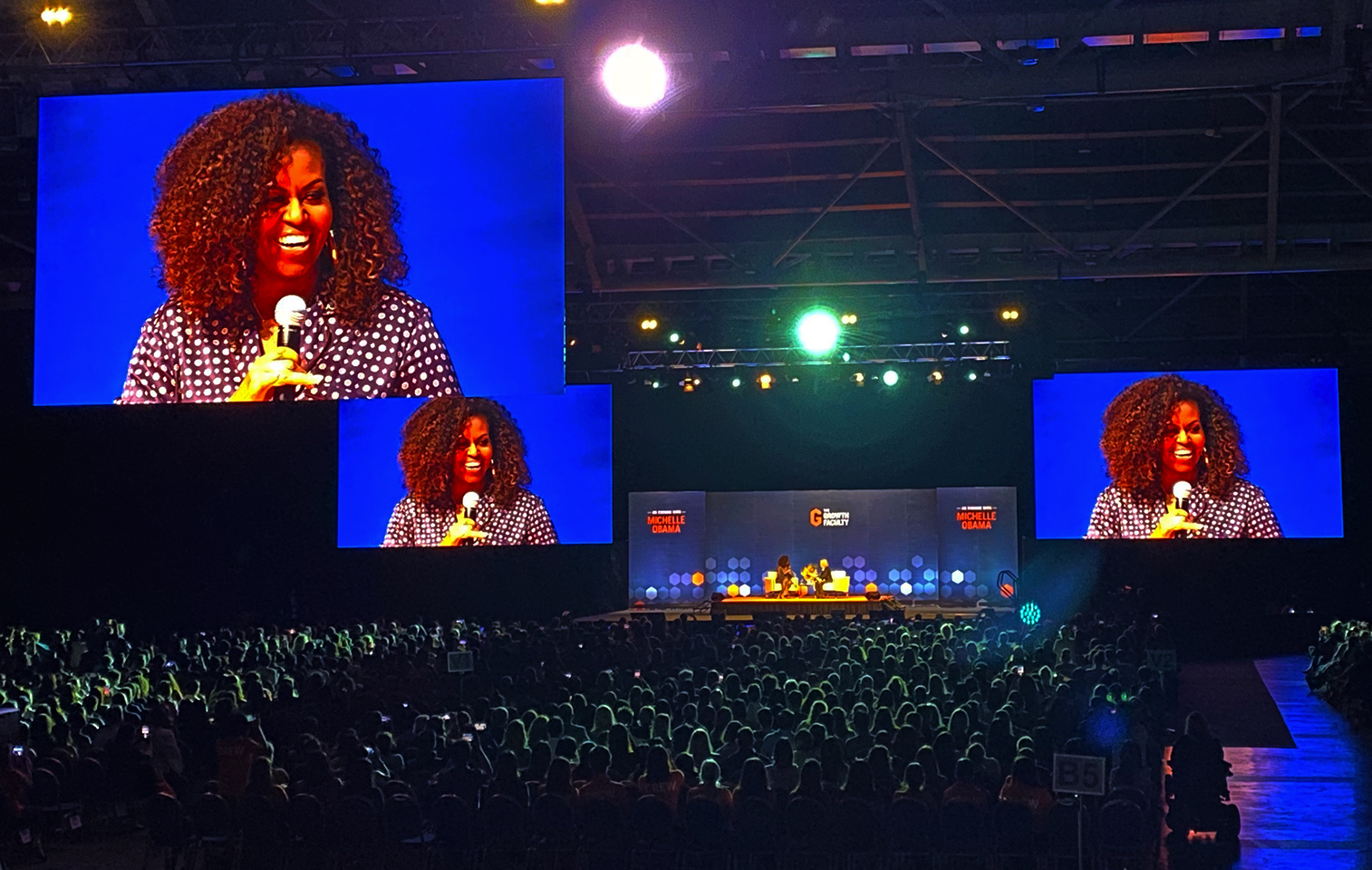 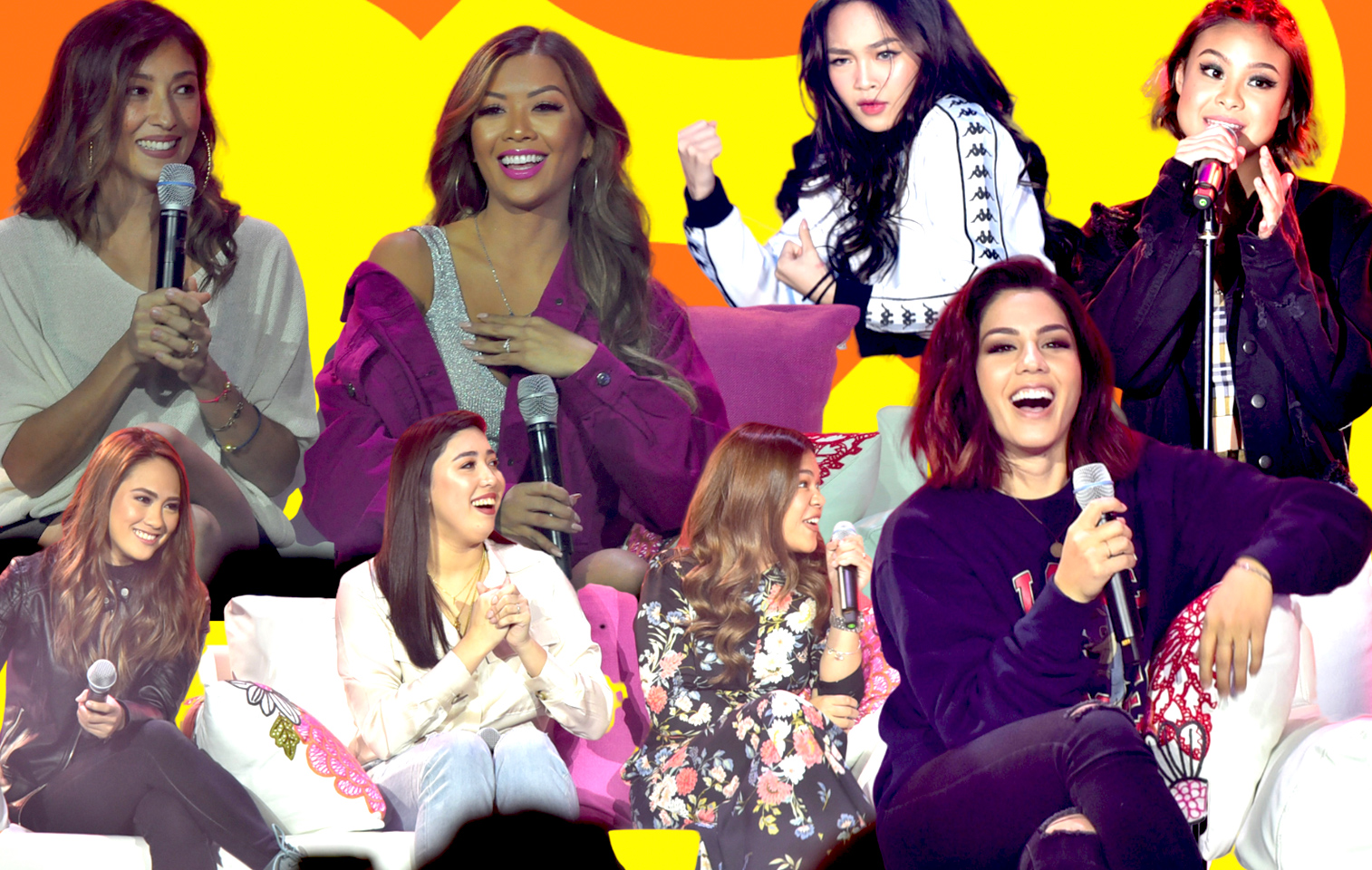 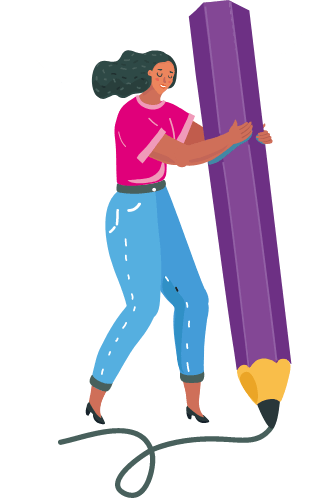